Engineering material and application specialists, Nylacast, made history at the prestigious 2018 British Engineering Excellence Awards, with its low friction marine technology the Chock Liner receiving the accolade for Materials Application of the year.

The ten strong judging panel bought in from across the engineering spectrum to scrutinise each finalist, summarised the Chock Liner as being “A classic example of the right material finding the perfect application to create a successful product.”

Initially developed for LNG (Liquefied Natural Gas) carriers in the oil and gas sector, the multiple advantages created by the Chock Liner today see it being used across the global maritime industry, featuring on a wide variety of vessel types including Navy, tugs, ferries, container vessels and cruise liners.

The low friction product is an engineering solution and application created to address the mooring challenges faced within the industry. Developed using Nylacast’s leading materials technology, the custom-formulated polyamide 6 material, coupled with the patented product design results in an easily installed and retrofitted liner, delivering significant reduction of rope wear, abrasion and tearing. It also provides better equalisation of mooring loads, in addition to greatly reducing the need for routine and costly maintenance.

Taking place at County Hall in Central London, just a stone’s throw away from Parliament Square, the British Engineering Excellence Awards, hosted by writer and broadcaster Dr Kevin Fong, welcomed leading companies from across the UK to celebrate engineering success and innovation stemming from the region. The event saw the Materials Application of the Year Award being presented to Nylacast.

Having previously received The BEEA’s for its EPS Worm Wheel and Pipe in Pipe Spacers, records were set at this year’s prestigious ceremony when Nylacast took to the stage for a third time in the awards nine year history.

Nylacast Group Marketing Manager, Junaid Makda, commented, “The Chock Liner is great evidence of using engineering to combat challenges regularly encountered in key industries. We are honoured to have received a third British Engineering Excellence Award, which is testament to the teams, infrastructure and engineering know-how continuously developed at Nylacast.”

The Chock Liner functions to increase the performance and efficiency of mooring operations worldwide, whether it is on a ferry transporting vehicles and passengers, or on a container vessel transporting goods across the globe. The Chock Liner technology creates vast commercial value, increased mooring performance and significantly greater health and safety benefits for vessel builders, owners, operators, and crew members and subsequently their customers. 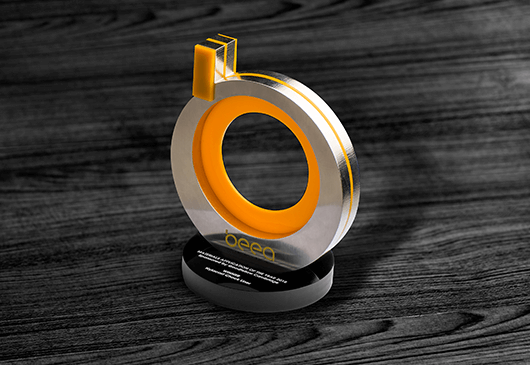