Nylacast named amongst Top 200 companies in the City of champions

Leicester based engineering firm Nylacast recently ranked 146th from the city’s Top 200 companies, amongst market leading brands including Next, Walkers to Caterpillar and 3M.

Set up in Leicester during the late 1960’s, Nylacast, provider of engineering plastic solutions has grown from strength to strength, today operating multiple manufacturing sites in the city along with facilities in the USA, South Africa and China.

Employing a team of over 400 local members of staff, Nylacast focus on the development of its people and local community. A winner of multiple awards and accolades for its commitment to local charities, causes and needs, the engineering company also run an award winning engineering academy, training and developing the talent within local students into qualified engineers.

The international operations of Nylacast see them regularly flying the flag for Leicester and British Engineering across the globe. In fact, almost 70% of products manufactured in Leicester are shipped to over 43 countries. This further exemplifies Leicester as an established city for great exports of all industries and areas, including football!

Nylacast group CEO Mussa Mahomed commented; “Leicester is a high achieving city both on and off the football pitch, listed amongst the top 200 companies in the region makes us very proud of our Leicester heritage when it has never been a better time to promote local trade and British export. We look forward to further excelling our performance and operations both in the city and the global marketplace.”

The Leicestershire Top 200 List was meticulously compiled by a team at De Montfort University’s Business School which took into account both the financial facts and numbers of the companies along with their local operations or presence in Leicester. 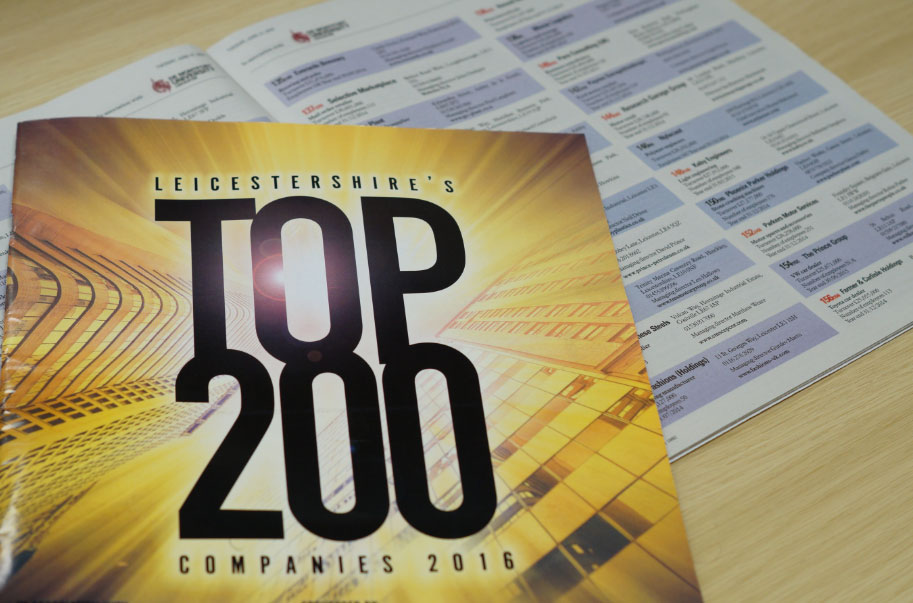