Nylacast named as one of Leicestershire’s Top 200 companies

Leicester headquartered engineering firm Nylacast have been ranked for a third consecutive year as one of the top companies in the region, amongst market leading brands including Next, Walkers, Caterpillar and Leicester City Football Club.

Established in Leicester for over 50 years, Nylacast, a manufacturer of engineered polymers and products has grown from strength to strength. Following recent investment in 120,000 square foot of premises, Nylacast today operates from two state of the art sites in Thurmaston, including its world class headquarters centric to Leicester.
The engineering firm also has manufacturing and distribution facilities located in key locations to service a worldwide market place, this includes USA, South Africa and China.

Employing over 430 members of staff, Nylacast have a focus on the development of its technology, people and communities. The engineering company runs a dedicated training academy delivering award winning apprenticeship and graduate programmes, nurturing talent from local schools and colleges and taking students on a journey to becoming qualified, graduated engineers.

The global demand for Nylacast’s unique materials technology sees the company working on iconic projects ranging from the Queensferry Crossing to the world’s largest ship, Shell Prelude, in addition to providing safety critical components for over 70 million vehicles worldwide. Over 70% of product manufactured in Leicester, UK, is exported to over 47 countries.

Nylacast group CEO Mussa Mahomed commented; “Leicester is a high achieving city. Being listed amongst the top 200 companies in the region makes us very proud of our Leicestershire heritage when it has never been a better time to promote local trade and British export. We look forward to further excelling our performance and operations both in the city and the global marketplace.”

The Leicestershire Top 200 List was meticulously compiled by a team of academics at De Montfort University’s Business School which took into account both the financial facts and numbers of the companies along with their local operations or presence in Leicester.

Nylacast, winners of the British Engineering Excellence Award have also been placed in the Sunday Times HSBC International Track 200, ranked as one of Britain’s mid-market private companies with the fastest-growing international sales. 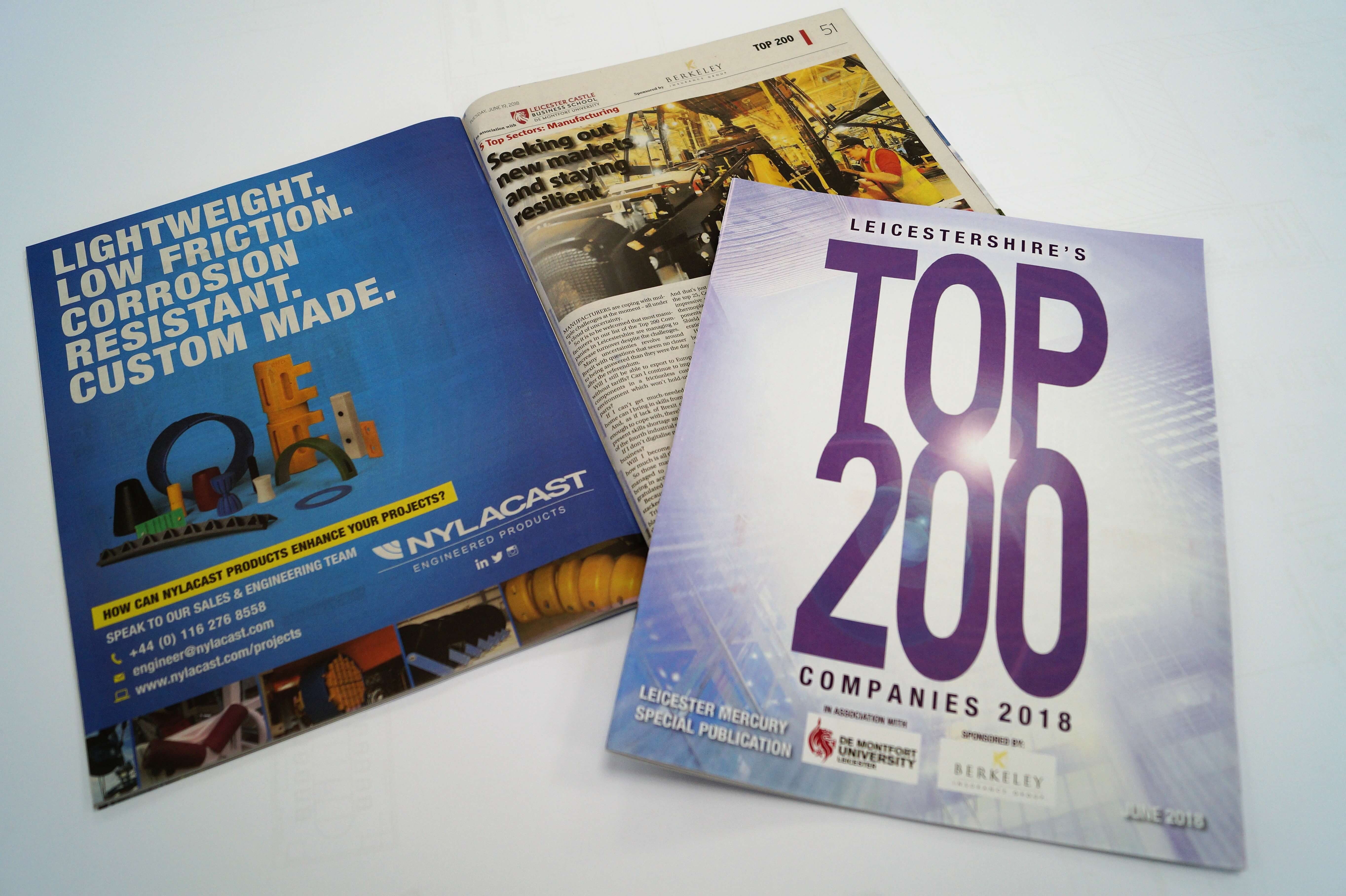